A Story of First Loves by Ben LaCorte

The wealthy landowner had a ranch almost the size of a small state. Well known and influential, she inherited the estate from her father, a generous man who showed kindness to all, regardless of their rank in life. His daughter on the other hand showed little love for strangers; for she was engaged in commerce and placed her responsibilities before people. Some say there was a time when the daughter was full of grace and joy, for she was in love. But due to worldly pursuits, she allowed her first love to slip away.

Upon inheriting the ranch, the woman surrounded it on all four sides with a barbed wire fence. The fence was to keep cattle in and strangers out. On each of the four sides there was a gate. Each of the gates had a specific use, a special purpose, as she was an efficient manager of her possessions.

The North Gate was for visitors, business associates, and acquaintances. Ranch hands used the West Gate to come and go. Deliveries from suppliers passed though this gate also. Through the East Gate traveled the entire herd of Longhorn steer during selling season. Thousands of head of beef were taken to market through this, the largest of all the gates, every year.

The South Gate was a special gate, reserved for guests of honor. It was ornate, with intricate wrought iron scroll works; a beautiful entrance fit for the most worthy. No one was allowed through the South Gate for it was locked and guarded. In all the years, only one person was ever permitted to pass through this gate, only one, and since then, not even the owner herself.

One day a beggar, dressed in ragged clothes strode up to the South Gate with nothing but a staff and a tattered leather satchel dangling from his belt. He asked the gatekeeper for food and a drink, but was directed to the West Gate where the ranch hands come and go. However the ranch was large; the beggar was on foot and the West Gate was miles away. The gatekeeper had pity on him, opened the gate, and let the stranger pass.

When the wealthy landowner learned that the most honored of all her gates was used for such a common person, she was furious, and threatened to cast out both the beggar and the gatekeeper. At last however, she thought of her first love who had passed through so long ago, and relented. The woman commanded that the beggar be fed and given sleeping quarters among the ranch hands, a place for his staff and his leather satchel.

After a time, the beggar was gone, having departed in the night. The ranch hands were saddened, because he had touched each of their lives in unanticipated ways. When the news of his leaving reached the wealthy owner she took no notice, since she had not made time to greet him and, she thought, ranch hands come and go.

That evening while in her office preparing to retire for the day, she spotted a leather satchel hanging by its fraying drawstring from the fireplace mantle. Curious, she rose from her creaky high-backed chair, the one her father had left her, walked to the mantle and cautiously opened the bag.

Inside was a note, which read: “I am the beggar you allowed to enter through the South Gate. As I approached your estate, I saw the fence and pondered its gates. I could have approached from the north, and you would have received me as a visitor, one who passes the time with pleasant conversation and then leaves. But I did not want to be a mere visitor to you.

I considered entering through the East Gate; it is for hired hands, which you retain for a time and then release, without ever learning their names or inquiring as to their wellbeing. But I did not want to be considered a temporary help in time of need.

The West Gate is your door to the public market. It is the gateway through which you present yourself to the outside world in order to earn their favor. Though it is the largest and most used of all your gates, it is the least important, especially to me.

I chose the South Gate because it is the most cherished by you. You have adorned it in splendor and let only the most beloved to pass through. I knew if you allowed me, as a poor beggar to enter through this gate, you would allow me to come back as I really am. You see, I have entered the gate once before. You welcomed me with tears because you were new to the estate, which your father left you. You cried out for me for he promised I would come. And I did. When you saw me you threw open the gate, the most cherished gate of all. You flung your arms around my neck and kissed me, and I you. Do you remember me? I was dressed not in rags but in a white robe. I brought you a satchel full of grace and joy. Your hope was in me, and me alone. I was your first love.”

The woman sat on the stone hearth and wept. She did remember him. She recalled his staff and how he looked into her eyes with a love so overwhelming and so powerful. The day he arrived was the best day of her life, and she remembers it vividly. But strangely, she doesn’t remember the day he left, or ever consciously thinking that he was gone. It was as though there was joy, and then there was not. It all happened so gradually. Day by day, she had exchanged him for the things of this world. Year by year, she had slowly taken him down off the mantle of her heart … and replaced him with another.

As she clutched the old satchel in her fingers, the woman wished she could have her beggar standing before her now, if just for a moment. She would tell him she loved him still and would fall in love with him anew. She would promise, never to forsake him, to live her life as if he were living in her home, an integral part of her forever. But he was gone, and she knew those words could never be said to him.

Just then she felt something else in the bag. It contained more than the note. She reached in and pulled out the most glorious string of pearls. They were more beautiful than any she had seen. Their luxuriant pale hue was rich and deep. They were priceless, not because of their value, but because of their value to her. She felt their perfect roundness, thumbing the gold chain that held them together. There were six pearls on the left, and six on the right. Holding the strands together was a heart made of gold, finely trimmed and inscribed with a message.

She gasped for joy at the thought of receiving even one more word, and read. “Because you received a beggar through the South Gate of your heart, I receive you into mine. Until you see me again. Your first love.”

“You have perseverance and have endured for My name’s sake, and have not grown weary. But I have this against you, that you have left your first love.” Rev. 2:3-4

© Heroes of the Cross 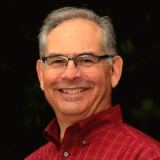